Tasting around the world, Winemaking February 6, 2018 Leave a comment

Who would have thought that good wines were being made in the tiny country of Luxembourg? To be sure, I was aware, from my student days, of the presence of some wine industry there – but stuck between the famed wine regions of northern France and west Germany, Luxembourg has received little of the limelight, even though wine production there is as old as in neighbouring Mosel.

The wine industry in Luxembourg is centred around three groups of producers: co-operatives, grower-merchants, who have their own federation, and independent winemakers, of whom there are at present 52. After England, Luxembourg is the smallest wine producer in the EU; but not being sizeist, I went along to a tasting of its wines and was very pleasantly surprised. The tasting focused on the wines of independent grower Abi Duhr (Château Pauqué), and I came away a fan.

Duhr created Château Pauqué exactly 30 years ago, with the aim of producing high-quality wines that would raise the profile of the wines of the Moselle. Quantities are small – with a production of 30,000 bottles we’re talking about a boutique winery. The two main styles are classic Luxembourg whites produced in the traditional manner (e.g. Riesling and Pinot Gris) and Burgundy-style wines fermented and aged in oak.

The grape varieties in Luxembourg are more or less the same as in Germany and Alsace: lots of white – including Riesling, Pinot Gris, Auxerrois, Elbling and Pinot Blanc – and a little red, Pinot Noir. Typically we find single varietal wines, which means wines are produced from a single grape variety and are labelled as such, but there are some blends around, including some of Duhr’s wines I’ve tasted. The wine region (and appellation) is called Moselle Luxembourgeoise, and Grevenmacher, where Duhr’s winery is based, is referred to as the ‘metropolis’ of the region. The townlet lies on the bank of the river Moselle, right on the German border.

The wines listed below all bear the Moselle Luxembourgeoise appellation. 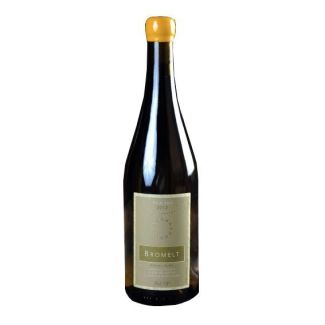 Rivaner and Elbling are the most common local varieties, used for mass-produced, mediocre wines. But both in his Jungle 2015 (Rivaner) and in his Bromelt 2015 (Elbling), Duhr has done well above mediocre, producing delightful, fresh, pure, fragrant wines. The Jungle has a sweeter, toffee and caramel character and a flinty finish, while the Bromelt is austere, bone dry, and slightly vegetal, reminding me of a spring shower and wet grass. Both are excellent choices for an apéritif wine.

Pinot Gris is, again, not one of those grapes that get wine connoisseurs really excited – and yet Duhr’s Pinot Gris Paradais 2016 has character and charm: sweet candy and caramel on the nose, lovely and fragrant, and a bit of CO2. His Riesling Paradais Vielles Vignes 2015 is also full of youth and floral perfume, but combined with oily texture, the rubbery character of Riesling, a darker gold hue, and a quite spicy, vegetal palate.

We were shown two vintages of Duhr’s blend, Fossiles – one from 2015 and one from 2005. Made from Pinot Blanc, Auxerrois and Chardonnay, Fossiles is an interesting wine to age, though I’m not sure for how long. The 2005 vintage showed a lot of quirky character, which I enjoyed; its pungent nose and cooked cabbage palate mix with lees flavours and a smokey toasty finish. The one shortcoming seemed to be a lack of acidity, which won’t help increase life expectancy.

A fantastic contrast was seen between the young and the aged Chardonnay. We tasted the 2014 Chateau Pauqué against the 2004 vintage, and it was a wow moment. While the young wine is reserved and discreet, despite its youthful fruity charm, the 2004 vintage seduced already with the nose: such depth, as if smells could have dimensions – and it seems they can! I found an intense, honeyed sweetness on the nose, which was totally contradicted by an utterly dry palate full of mature, vegetal flavours, combined in an unusual harmony with lees and oak characteristics.

Duhr’s Clos du Paradis Auxerrois is also one to recommend. We tasted the 2014 against the 2004 vintage, and the wine goes from zesty, citrusy and slightly fizzy refreshment to a toasty, savoury, rich wine, with oily texture and to me very enjoyable flavours from butterscotch to cooked cabbage. The acidity here is still great, and the finish long and flinty.

Chateau Pauqué wines are produced in small quantities so they won’t be that easy to find, and they won’t be that cheap either – around £ 20-25 a bottle – but if you’re keen to try something new and different, they are definitely recommended!