Tasting around the world, Wine business February 8, 2019 Leave a comment

You’ll no doubt have heard about Veganuary, Movember, or NOctober. Furmint February is a variation on that theme, in a way, but with an unabashedly hedonistic agenda. It is a month dedicated to the promotion of the Furmint wine in the UK, and it opened with a spectacular trade tasting last week at London’s 67 Pall Mall.

Upon stepping into the room, I was taken aback to see a serious crowd. Serious not only in terms of size but also composition. Clearly, London’s top wine professionals were interested in Furmint. The number of MWs per square foot was, in itself, an indication that something important was happening. Which is kind of counterintuitive when we consider the fact that Furmint hails from Hungary. Small country, iron curtain, is it Bucharest or Budapest… you know the story. So who would except London’s wine elite to come together to see what this hitherto little-known grape has to offer? The unanimous verdict is, Furmint may be the next big thing; it could well become Hungary’s new flagship wine on the international scene.

Let’s get that map out and see where Furmint grows. It is a white grape variety mostly (but not exclusively) associated with the Tokaj region in north-east Hungary. 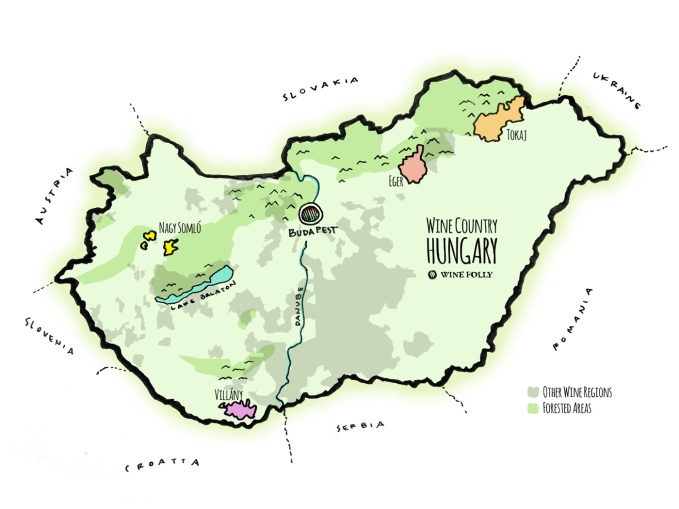 It is, in fact, the staple grape grown in Tokaj, a region famed, of course, for its sweet nectars – and Furmint plays a big part in those luscious blends. However, for the past ten or fifteen years, growers have been experimenting with making dry varietal Furmint as well. And it works!

Don’t take my word for it. Steven Spurrier, who surely needs no introduction, said so himself, when I rubbed shoulders with him at the tasting. To be precise, what he said was, ‘Furmint will be the new Albariño. Except people got bored with Albariño after a while; they won’t get bored with Furmint.’ Mark his words.

Furmint February has been going for ten years now in Hungary, with the aim of popularizing the wine. There are events and tastings to introduce people to the many faces of this exciting variety. Now, for the first time, Wines of Hungary has brought the initiative to London, in close co-operation with Mádi Kör (the Mád Circle), a professional league of wine producers from the Tokaj region. Twenty-six wineries showcased their dry and sweet wines based on the Furmint grape. Participants could not only taste but also talk shop with the producers, most of whom were pouring the wines themselves.

The atmosphere was one of excitement and optimism. I spoke to several critics and trade people at the event, all of whom agreed that Furmint has a bright future in the UK. Most British wine professionals haven’t tasted much of this versatile wine yet, but there was curiosity and a genuine appreciation of the high quality. 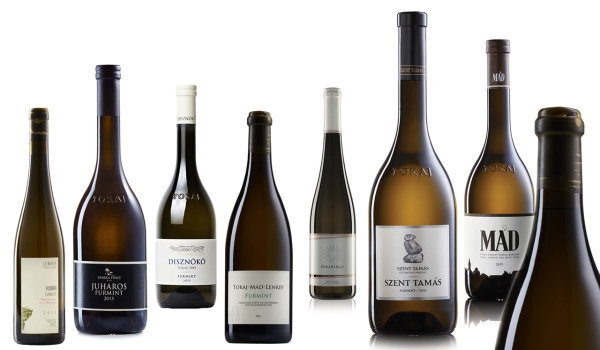 Peter McCombie MW has been visiting Tokaj for years, working closely with producers and tradespeople in the region. The way he sees it, Hungary’s problem is that many people immediately associate it with eastern Europe, which means communism, which means low quality. The older generation will have heard about sweet Tokaj, and perhaps Bull’s Blood, but that’s about it. Now Hungary’s other treasures are also becoming known, and perhaps, with the younger generation, the whole association with eastern European trash will fade away.

The new generation seems key in all this. Almost everyone at the Furmint February event told me that younger people are asking a new question: ‘What have you got for me that’s different?’ They are eager to try new things, to encounter new names. But by ‘they’ I don’t mean the average consumer. There is general consensus that Furmint is not a mass product. True, with its many facets it can please many people, but that’s among the more discerning drinkers, not those seeking £5-a-bottle deals. So Furmint can be an interesting niche addition to the wine lists of bars and restaurants, and will probably be seen more and more in specialist shops. The word will get out, the market is interested – but because many of the producers make small quantities (some as little as 10,000 bottles per year), this will not be a wine to fill supermarket shelves.

Furmint is a sort of indigenous Hungarian grape variety. I say sort of because, first, it also exists in neighbouring countries, e.g. in Slovenia (where it’s called Šipon); second, because it’s actually got international celebrities among its relatives. It is a direct descendant of Gouais Blanc, and half-sibling to Chardonnay and Riesling, both of which share with it some of their lovelier character traits. Furmint, like Chardonnay, responds well to oak-ageing and apparently makes fine sparkling wines. Like Riesling, it can produce a whole range of styles and flavour profiles, from masculine and bone dry to fruity and charming, and all the way to rich and sweet. When well made, it is expressive of terroir, has great structure, and, as I’ve learnt from Caroline Gilby MW, the main UK advocate of Furmint, it ages beautifully. It may not be the easiest variety to grow, but with sufficient care it produces stunning results. To quote one of the winemakers, Krisztián Farkas of the Bodrog Bormühely winery, the key is ‘minimal winemaking, lots of vineyard work’.

A variety that has so much to offer, and which can shine in so many different roles, is bound to succeed with wine lovers. Without a doubt, the trade in London has been sold on Furmint; here’s hoping the market will respond with equal enthusiasm.